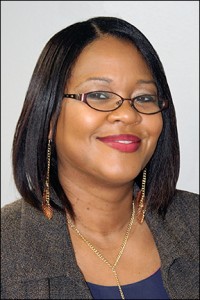 Rosemary Britts enjoys helping others and takes every opportunity in life to do just that. She is a recently widowed mother of five children, ages 10 to 29. Her oldest daughter lived with sickle cell disease (SS) which gives her a natural passion for bringing awareness of the disease to the forefront.

Rosemary is the Executive Director of Sickle Cell Association, a nonprofit that she founded November 2011. This was a move prompted by the lack of a community-based organization for sickle cell and the fact that her oldest child is living with the disease.

Rosemary has obtained her Master of Business Administration from the University of Phoenix. She is a devoted choir member at her church – Christ Temple Family Church – as well as a member of the Professional Women’s Group of Connections to Success for which she served on the leadership team for several years. Rosemary is a member of the American Red Cross Charles Drew Advisory and Planning Committees and has volunteered as a wish granter for the Make A Wish Foundation as a way to give back after her daughter’s wish was granted. Rosemary also finds time to “Empower Women” and thrives on helping women achieve “Beauty Naturally”.